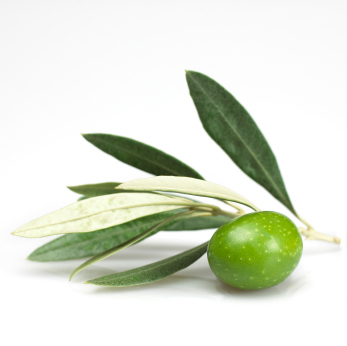 1. From what we have seen of Noah’s character, what might he have been doing that “helped” God to “remember” him?

2. How long is a month according to chapter 7, verse 11 and chapter 8, verses 3-4?  From reading the passages below, how long was Noah in the Ark?

How long is a month?

First clue:
total period is 150 days according to chapter 8 verse 3

How long was Noah in the Ark?

3. Fill in the chart below with the time or reference points and events for chapter eight. Three references points from chapter seven are provided as an example.

4. Research the topic RAVEN with an online encyclopedia such as Wikipedia or another similar resource.  From your research, why does a raven seem to have been the best choice for Noah to send out from the ark to assess the world’s situation?

There are at least four reasons to send a raven:

a) It is a bird and could fly as opposed to trying to walk in the mud etc.

b) Ravens can thrive in varied climates. They range from the Arctic to the deserts of North Africa, and to islands in the Pacific Ocean; indeed this species has the largest range of any member of the genus. Most Ravens prefer wooded areas (with large, open land nearby) or coastal regions for their nesting sites and feeding grounds.

c) Ravens have a varied diet. They will eat a wide number of foods, including insects, berries, fruit, other birds' eggs, carrion, wolf or dog feces, and human-produced foods such as bread. They also may kill small birds and mammals, including young rabbits and rats, but do so mainly as opportunists.

d) Like other corvids, Ravens can copy sounds from their environment, including human speech. This could have given Noah an indication of any sounds that the raven might have heard while out "scouting".

If the raven had not returned then Noah would have known that there was food for him to eat. . .the raven eats just about anything (and especially enjoys carrion) so if there was anything left floating around it would be very easy for him to find something to eat. . .since he returned to the ark then one would assume that he found nothing to eat - carrion or otherwise which therefore implied that there was nothing dead or alive left on the earth

His searches for food and the ark

Why did Noah send out a dove?

Noah first sent out a raven, because it was a strong, aggressive bird and would return to its mate. But the raven only flew over the water and returned to perch on the ark. This was not satisfactory, so Noah in looking for a bird better suited to his purpose, bethought him of the most loving and tender bird he knew-the dove.

It not only would return to the ark, but would enter and go to the cage of its mate, and if it found green food it would regurgitate a portion for her or its young, or if not nesting he could tell by its droppings if greenery had been eaten and so decide if the waters were going down. And this is precisely what happened.

The dove came back, and the watching Noah saw it feed its mate little green olive leaves, for the dove never carries food in the beak, but swallows and then regurgitates it to mate and young. (from International Standard Bible Encyclopaedia)

How many times did Noah send out the dove?

What was the result of each event?

Second – returned with a fresh olive leaf
Verses 10 and 11 - 10 He waited seven more days and again sent out the dove from the ark. 11 When the dove returned to him in the evening, there in its beak was a freshly plucked olive leaf! Then Noah knew that the water had receded from the earth.

Third – Did not return
Verse 12 - He waited seven more days and sent the dove out again, but this time it did not return to him.

8. What do you think were some of the difficulties Noah and his family had to overcome while they were in the ark?

What is the longest or hardest time that you had to endure physical or emotional hardship.  How did God help you get through and persevere through the hardship?

9. What does the dove symbolize in Christianity? Why do you think this is so?

The dove was the symbol of reconciliation with God (see Genesis chapter 8, verses 8 and 10) and has since been the emblem of peace. It is also a noted symbol of tender and devoted affection (see Song chapter 1, verse 15 and chapter 2, verse 14) and likewise of mourning (see Isaiah chapter 38, verse 14 and chapter 59, verse 11).


As the lamb is the emblem of the Savior, so the dove of the Holy Spirit the Comforter, because of its gentleness, tenderness, innocence, and constant love. (from Fausset's Bible Dictionary)

10. Describe how you think Noah may have built the altar and how he might have chosen which animals to sacrifice on it.

What were the two things God promised he would never do as a result of His pleasure with Noah’s sacrifice?


1 - Never again will I curse the ground because of man, even though every inclination of his heart is evil from childhood.


2 - And never again will I destroy all living creatures, as I have done.