The Prayer of Hannah

The story of Hannah's prayer is found in the first two chapters of the book of First Samuel in the Old Testament.   Find it and read the first chapter and the first 11 verses of the second chapter as the first step in this Bible study lesson.

Background on the Prayer of Hannah

Because the story occurs in another culture and time, it's important for us to understand the background to fully appreciate Hannah's prayer.

About Hannah and Her Family

Hannah was the wife of a man named Elkanah.  But Elkanah also had another wife named Peninnah. Penninah had children but Hannah had none.

That Elkanah had two wives was not in line with what “was from the first.”  Perhaps the circumstance that Hannah was not blessed with children led to this double marriage.

Elkanah belonged to the Zuphite clan (I Chronicles 6:34–35), that is, he was a descendant of Zuph, who is mentioned at the end of verse one of chapter one.

Elakanah is identified as an Ephraimite, likely associated with the town of Ephrathah.  This town is identified with the city of Bethlehem in Genesis 35:19 and 48:7.  The two terms are used together in Micah 5:2 and in parallel in Ruth 4:11.  Most likely this Hebrew word here means an Ephraimite or “a member of the tribe of Ephraim.”

but still today, it

The Bible tells us that children are a gift from God.  The people of Hannah's time understood this.  They understood that no human enterprise could succeed without God’s help.  They knew a flourishing family, with resultant benefits, could not be viewed as human achievement but rather as a gift or heritage from the Lord (Psalm 127-3).

Unfortunately, some today consider children a nuisance as evidenced by the epidemic of murderous abortions in America.  However, in the ancient world and in some cultures and families today, children are a blessing.

After the introduction of the Hebrew monarchy, all Hebrew mothers in the line of David hoped their sons might be the Messiah.  But that role was reserved for Mary of course.  As a result, she was blessed among all women (Luke 1:42).

Nevertheless, the joy and importance related to the possession of children is seen throughout the Bible.  The sad misfortune of childlessness brought intense sorrow and disappointment to an ancient Hebrew home.

Disgrace of A Wife Without Children

Among Hebrew women, barrenness was looked upon with reproach or as a punishment from God which disgraced the wife in the eyes of the world.  Several times this situation comes up in the Bible:

And now we see the same problem with Hannah, who must live in daily misery with her obvious inadequacy as a mother; and every day it was made worse by the mistreatment of Peninnah.

Having children meant material prosperity as well as marital pleasure because with children came the expansion of property and the increase of wealth and prestige.  A father with sons was deemed to be a rich man.  Therefore, every married couple desired to be fruitful and have many children so they might be blessed.

Under the Mosaic Law, if one was to prostitute themselves they would be stricken with childlessness (Leviticus 20:20,21).  The sword made others childless (I Samuel 15:33).

David's wife Michal was childless because she despised him (II Samuel 6:23).  Sin and idolatry also resulted in childlessness (Jeremiah 22:30 and Hosea 9:14); but of course, there were times when childlessness was due to natural causes (II Kings 4:14). 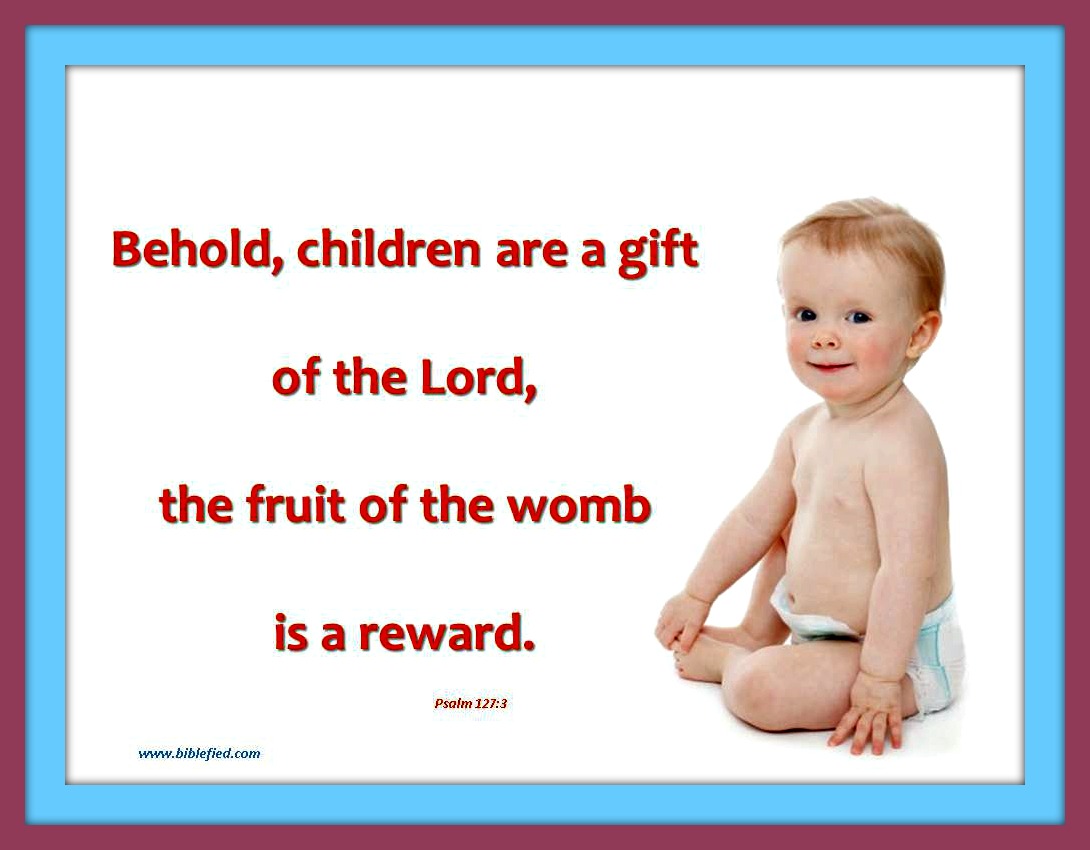 Verse one tells us that Elkanah and his family lived in Ramathaim-zophim which means "the two heights.”  The word zophim should be read as Zuphite, meaning that the city of Ramathaim is in the district of Zuph.  The name of Hannah's hometown is Ramah.

Hannah's District - The Land of Zuph

From Joshua 21:20, we know that certain districts within the tribal possession of Ephraim were assigned to the Levitical families which descended from Kohath.  One of these—that of Zophai or Zuph (I Chronicles. 6:25, 35)—had given its name to the whole district, as “the land of Zuph” (I Samuel 9:5).

From this family sprang Elkanah, whose name means “God-acquired” or “purchased.”  This name characteristically occurs in the Old Testament only in Levitical families.

Zuph's descendants apparently named a district in his honor, and Ramah was located in this district. It's likely the word “Zuphite” refers to the district where the city of Ramatha was located (I Samuel 9:5).  The hill country of Ephraim refers to the central mountainous area of Palestine where the tribe of Ephraim had settled (Joshua 17:15).

Setting of the Story for the Prayer of Hannah

Just as it was with Samson, the story of Samuel begins before he was born.  Samuel’s father, had two wives, Hannah and Peninnah.  Peninnah had children but the Bible doesn't tell us how many.  Hannah, on the other hand, had none.  To make things worse, Peninnah would taunt Hannah because of her barrenness (I Samuel 1:1–8). 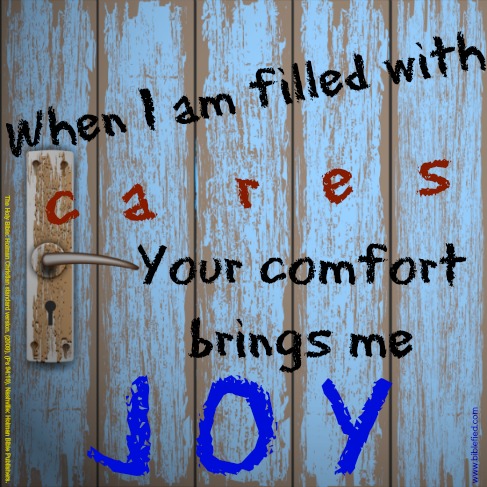 It must have been terrible for Hannah to see Peninnah and her children day after day.  She had a constant reminder of what she was not, and what she did not have or provide to her husband.  Any joy we normally associate with children was replaced with grief for Hannah.

Hannah's family went to Shiloh.  A few notes about their trip:

That was quite a bit of background information but it'll serve us well to understand the prayer of Hannah.

Everything presented above in our background study helps us to know the heart of Hannah. This helps us better understand the prayer of Hannah.

A Study of the Prayer of Hannah

Take time to read the story of Hannah's prayer again from the first 18 verses of chapter one of the Book of First Samuel in the Old Testament.

To understand the prayer of Hannah let's first understand her heart.  From a study of the background material above we can surmise what must have been weighing heavy on her heart.

She was feeling inadequate, unfulfilled, and full of grief because of her childlessness.  Here she was again at the annual feast of celebration with her family and children, but none that she had born.

Hannah’s sorrow, as time passed, must have seemed ever more hopeless without children.  The burden of her reproach must have been almost too heavy to bear.  We learn from verse 7 of First  Samuel that Hannah wept and would not eat.

One Hates Hannah, but Another Loves Her

The greatest number of children produced by a mother is 69, by the wife of Fyodor Vassilet, a peasant near Moscow, Russia.  In 27 confinements, she gave birth to 16 pairs of twins, 7 sets of triplets and 4 sets of quadruplets.  Most of her children attained their majority.

That was in the 19th century.  In the 20th century, the highest reported case is 32 children, born to Raimundo Carnauba and wife in Brazil.  She was married at 13, and so far has 24 sons and 8 daughters.

The prayer of Hannah is certainly shaped by the interaction of others in her daily life, especially her husband and his other wife - Peninnah.

Either from jealousy or from malevolence, Peninnah made those joyous seasons at the feasts times of pain and bitter emotion for Hannah; she grieved her and perhaps tried to make her dissatisfied or rebellious against God.

At the same time Elkanah gave to Peninnah and to her children their “portions;” but to Hannah he gave “a portion for two persons.”   Perhaps he wished to symbolize to all that he loved her just as if she had borne him a son.

We learn from verse 8 of First Samuel that Elkanah thought he could comfort Hannah and tell her that he himself loved her and she should consider this her consolation.  But his comforting attempts to console her were in vain.

The Prayer of Hannah

Now, let's look at what's contained in the actual prayer of Hannah from a study of the Scriptures in First Samuel.

From verse 9 we see that the prayer of Hannah took place in the temple at Shiloh.  Hannah went there during the feast and verse 10 tells us that Hannah was deeply distressed and wept bitterly. But verse 10 also tells us that Hannah prayed.  She brought her grief to the Lord.  She understood that only by His blessing could her misery be lifted.

Hannah actually prayed a vow or made a promise to God in her prayer.  Here's the prayer of Hannah from verse 11:

“Lord of Hosts, if You will take notice of Your servant’s affliction, remember and not forget me, and give Your servant a son, I will give him to the Lord all the days of his life, and his hair will never be cut.” (HCSB)

Although Hannah prayed silently she wept bitterly as she prayed (see verse 10).  We learn from verses 9 through 14 that Eli the high priest watched her as she prayed and wept.

Eli was the high priest at the time, who is also described as having led or judged Israel for 40 years (see 1 Samuel 4:18).   He thought that Hannah was drunk when he watched her praying because only her lips moved and her voice was not heard, but Hannah was praying in her heart (see verse 13).

It may have been that Eli observed Hannah without her knowledge or perhaps she simply ignored him.  Eli observed what he thought was a drunken woman (see verses 13 and 14), but Hannah was not drunk.  She was a woman who wept bitterly while her lips moved as she stood or knelt in a posture of prayer.

Eli tells her to put away her wine and drunkeness (verse 14).  Hannah turns to him probably with a gentle rain of tears on her face and responds:

“No, my lord,” Hannah replied. “I am a woman with a broken heart.  I haven’t had any wine or beer; I’ve been pouring out my heart before the Lord.  Don’t think of me as a wicked woman; I’ve been praying from the depth of my anguish and resentment.”  (HCSB)

Several women in the

When Hannah spoke to Eli, he understood she wasn't drunk and he gave Hannah his blessing.  We read in verse 17 that Eli told her,

“May the God of Israel grant you what you have asked of him.”

Hannah responds respectfully to the high priest and leaves the temple.  Hannah was encouraged by what Eli told her.  We see in verse 18 that her tears had dried because "her face was no longer sad”  and she ate.

Obviously Hannah had faith that only God could change her circumstance and receiving the blessing of the high priest simply encouraged her.  It's interesting that Eli did not ask, nor was he told what Hannah prayed.

As with other notable women of the Bible who faced the challenge of barrenness Hannah depended on the mercy of the Creator of life for her plea to be answered.  But Hannah's prayer was different; it carried the aspect or thrill of self-sacrifice.

We See the Impact of Hannah's Prayer in Her Son Samuel 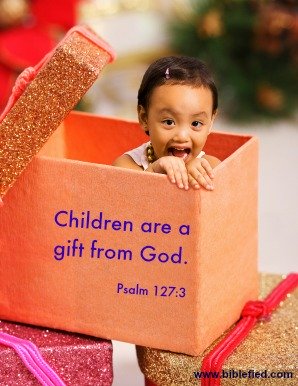 Two books in the Bible bear the name of Samuel.  The Book of First Samuel tells the story of both the first and the greatest kings of Israel.

Samuel had a remarkable life, he:

What Can We Learn From the Prayer of Hannah?

Hannah knew God could solve her problem.  She sought His blessing and vowed to give back to God what she was asking Him so desperately to give her – a son.  As a result of her commitment, Samuel was used by God in great and mighty ways.

Also, it should be noted that the prayer of Hannah was followed by God's blessing and reward of three more sons as well as two daughters (I Samuel 2:21).

We Learn About God

We Learn About Prayer

Care to Take a Quiz About the Prayer of Hannah?

Quiz on the Prayer of Hannah » make online tests

Sources Used in this Bible Study on the Prayer of Hannah Include:

We pray this Bible study on the Prayer of Hannah has blessed you.