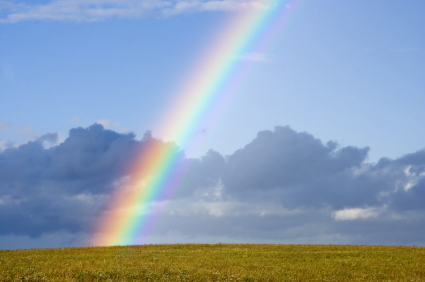 1. What 3 similar commands or instructions did God give both Adam and Noah?  List two things that were different between Adam and Noah

Here are three things that were different between Adam and Noah:

2. Why did God speak of an accounting for the shedding of man’s blood in verses 5 and 6?

About God:
He judges those who take a life, therefore a man’s life belong to God

About His view of human life:
He values the life of man because He made us in His image

4. How does a reading of verse 6 affect your perspective of capital punishment?

6. With whom did God make the covenant besides Noah?

Clue #1:
Noah’s sons were already born, so it was after he was 500 years old, and he had not built the ark yet Chapter 6, vs 18: But I will establish my covenant with you, and you will enter the ark--you and your sons and your wife and your sons' wives with you.

Clue #2:
Flood had not happened yet, flood occurred when Noah was 600 years old Chapter 7 vs 6 Noah was six hundred years old when the floodwaters came on the earth.

8. What is the meaning of a covenant?

An agreement between two people or two groups that involves promises on the part of each to the other. The concept of covenant between God and His people is one of the most important theological truths of the Bible. A covenant, in the biblical sense, implies much more than a contract or simple agreement. A contract always has an end date, while a covenant is a permanent arrangement. Another difference is that a contract generally involves only one part of a person, such as a skill, while a covenant covers a person's total being. from Nelson's Illustrated Bible Dictionary

9. What covenant did Jesus Christ establish between Himself and all believers at the Last Supper?

Yes, the covenants of Genesis are still in effect today

11. When Noah woke up, what did he prophesy would be the results of Ham’s actions from verses 24-27?

12. Why did Ham tell his brothers about his father’s nakedness?  Why was it wrong and what should he have done instead?

13. Is it a sin to drink alcoholic beverages?  What about becoming drunk as a result of drinking alcohol as Noah was?

It is possible that no one had ever made wine yet before and that Noah had become drunk because he did not know that wine would have such an effect on man.

The following verses warn us about drunkeness:

Prov 20:1:
Wine is a mocker and beer a brawler; whoever is led astray by them is not wise.

Prov 21:17:
17 He who loves pleasure will become poor; whoever loves wine and oil will never be rich.

Prov 23:20-21:
20 Do not join those who drink too much wine or gorge themselves on meat, 21 for drunkards and gluttons become poor, and drowsiness clothes them in rags.

Prov 23:29-35:
29 Who has woe? Who has sorrow? Who has strife? Who has complaints? Who has needless bruises? Who has bloodshot eyes? 30 Those who linger over wine, who go to sample bowls of mixed wine. 31 Do not gaze at wine when it is red, when it sparkles in the cup, when it goes down smoothly! 32 In the end it bites like a snake and poisons like a viper. 33 Your eyes will see strange sights and your mind imagine confusing things. 34 You will be like one sleeping on the high seas, lying on top of the rigging. 35 "They hit me," you will say, "but I'm not hurt! They beat me, but I don't feel it! When will I wake up so I can find another drink?"

Hab 2:4-5:
4 "See, he is puffed up; his desires are not upright-but the righteous will live by his faith- 5 indeed, wine betrays him; he is arrogant and never at rest. Because he is as greedy as the grave and like death is never satisfied, he gathers to himself all the nations and takes captive all the peoples.

Ps 104:14-15:
14 He makes grass grow for the cattle, and plants for man to cultivate--bringing forth food from the earth: 15 wine that gladdens the heart of man, oil to make his face shine, and bread that sustains his heart.

Isa 28:7-8:
7 And these also stagger from wine and reel from beer: Priests and prophets stagger from beer and are befuddled with wine; they reel from beer, they stagger when seeing visions, they stumble when rendering decisions. 8 All the tables are covered with vomit and there is not a spot without filth.

Eph 5:18:
Do not get drunk on wine, which leads to debauchery. Instead, be filled with the Spirit.

1 Thess 5:4-8:
4 But you, brothers, are not in darkness so that this day should surprise you like a thief. 5 You are all sons of the light and sons of the day. We do not belong to the night or to the darkness. 6 So then, let us not be like others, who are asleep, but let us be alert and self-controlled. 7 For those who sleep, sleep at night, and those who get drunk, get drunk at night. 8 But since we belong to the day, let us be self-controlled, putting on faith and love as a breastplate, and the hope of salvation as a helmet.

Drinking alcoholic beverages in itself is not a sin; however drunkness - the result of inappropriate consumption - is clearly a sin.