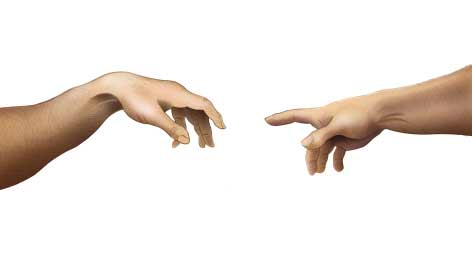 This webpage provides the Genesis Chapter 2 answers for the Genesis Bible study questions. We pray that God will bless you and give you great insight as you study His Holy Word.

1. Verse one states: “Thus the heavens and the earth were completed in all their vast array.” What commands or acts did God order in the first six days recorded in chapter one that still occur even to this day? What does this demonstrate?

Commands or Acts of God that still occur even to this day:

2. From the beginning of creation until this day the seventh day of the week is special for Christians. What do we do – or should we do - out of respect for the holiness of the seventh day? Is it wrong for someone to work on Sunday?

Pastors and others may have to work on Sundays but that doesn't mean that they cannot rest another day.

3. What do we learn about God’s creation of man from verse 7?

He formed man from the dust of the ground - man has a form, we are made of dust.

He breathed into man’s nostrils the breath of life - breathing is life.

4. In this chapter we see the words “LORD God” used for the first time as opposed to the word “God”. This is from the Hebrew word “Yehovah”. What does the word LORD mean to you?

Here is an excerpt from Adam Clark's Commentary that explains this term very well:

Wherever this word occurs in the sacred writings we translate it Lord, which word is, through respect and reverence, always printed in capitals. Though our English term Lord does not give the particular meaning of the original word, yet it conveys a strong and noble sense. Lord is a contraction of the Anglo-Saxon, Hlaford, afterwards written Loverd, and lastly Lord, from bread; hence our word loaf, and ford, to supply, to give out. The word, therefore, implies the giver of bread, i.e., he who deals out all the necessaries of life.

Our ancient English noblemen were accustomed to keep a continual open house, where all their vassals, and all strangers, had full liberty to enter and eat as much as they would; and hence those noblemen had the honorable name of lords, i.e., the dispensers of bread.

There are about three of the ancient nobility who still keep up this honorable custom [this was written in the 1840's], from which the very name of their nobility is derived…God is the good Being, and Lord is the dispenser of bread, the giver of every good and perfect gift, who liberally affords the bread that perisheth to every man, and has amply provided the bread that endures unto eternal life for every human soul.

With what propriety then does this word apply to the Lord Jesus, who is emphatically called the bread of life; the bread of God which cometh down from heaven, and which is given for the life of the world! … What a pity that this most impressive and instructive meaning of a word in such general use were not more extensively known, and more particularly regarded! (from Adam Clarke's Commentary)

5. Describe the garden that God planted. Where was it? What were the three types of trees that grew there from verse 9?

It was located in the East, in EdenThere were 3 types of treesTrees that were pleasing to the eye and good for foodTree of LifeTree of knowledge of good and evil

6. Four rivers sprang from the Garden of Eden, the Pishon, Gihon, Tigris and Euphrates. Where might you assume the garden to have been? Does the idea of living in a garden such as Eden appeal to you? Why or why not?

Since the Tigris and Euphrates Rivers are both in modern day Iraq, Syria, and Turkey, you would assume that the Garden was located in that region of the world. However, I believe it was more of a spiritual place than a physical one.

Your answer here on your preference for living in a garden such as Eden.

7. Why did God place man in the Garden of Eden?

8. What commands did God give to man when he placed him in the garden? What was it he could and could not do and what were the consequences for disobedience?

10. What is the significance of Adam naming all the creatures and his wife?

This signified man’s dominion over those that he named.

11. How are man and woman “one flesh” when they are married? What do verses 24 and 25 reveal to us about God’s view of marriage, homosexuality, polygamy and adultery?

They are partners, they are united and of a single purpose, they come together sexually

God ordained marriage between a man and a woman and nothing else.

Young children also feel no shame because they, like Adam and Eve, also have no knowledge (yet) of good and evil.

13. How is Satan trying to persuade us feel to feel no shame for nakedness in today’s culture?