Welcome to the fifth and final study on James Chapter 5.

In this study of Chapter 5 we learn how the rich oppressors in this life will be judged in the next, how we can persevere with patience, and cover a multitude of sins.

To top it off, we learn exactly what to do when we are sick.  We encourage you to apply these biblical lessons in your life so that God might be glorified.  God Bless you and enjoy the study.

In Sketches of Jewish Social Life, Dr. Alfred Edersheim gives us a picture of the Jewish history and attitudes towards commerce.  He states:

There can be no question that, according to the Divine purpose, Israel was not intended to be a commercial people.  The many restrictions to the intercourse between Jews and Gentiles, which the Mosaic law everywhere presents, would alone have sufficed to prevent it.  Then there was the express enactment against taking interest upon loans (Lev 25:36-37), which must have rendered commercial transactions impossible, even though it was relaxed in reference to those who lived outside the boundaries of Palestine (Deu 23:20).

In the era of the Old Testament, Dr. Edersheim notes that the seaboard was, except for a short time during Solomon’s reign, in the hands or foreigners.  This along with the requirements of the Jubilee year and the characteristics of the land were not conducive to trade between the Jews and Gentiles.  Dr. Edersheim quotes the Jewish historian Josephus on the matter of the Jewish attitudes towards commerce:

As for ourselves, we neither inhabit a maritime country, nor do we delight in merchandise, nor in such a mixture with other men as arises from it; but the cities we dwell in are remote from the sea, and having a fruitful country for our habitation, we take pains in cultivating that only.

But eventually Dr. Edersheim notes the attitudes gradually changed along with the changing circumstances of the people with the main object to restrict and regulate commercial occupations with rabbinical oversight.  Long before the Babylonian captivity, a great number of Jews were living in Egypt and Dr. Edersheim notes that they. . . “controlled Egypt’s large export trade, especially in grain--and Egypt was the granary of the world--was entirely in their hands.”  Considering to whom this epistle was written, perhaps James had these rich traders in mind in these first five verses of chapter five, perhaps not.

What should our attitude be towards the wealthy?

2. In chapter two James was speaking to the poor about the rich, but now James is addressing the rich directly in this last chapter.  What's the main point of verses 1-5?  Is it the same message Jesus provided in Luke 12, verse 15-22?

1. Analyze verses 2 and 3.  What did the rich do with their wealth that was wrong and sinful?

2. Read the parable Jesus tells in Luke 12:16-31.  What advice can we glean from this so that we can avoid hoarding our wealth? 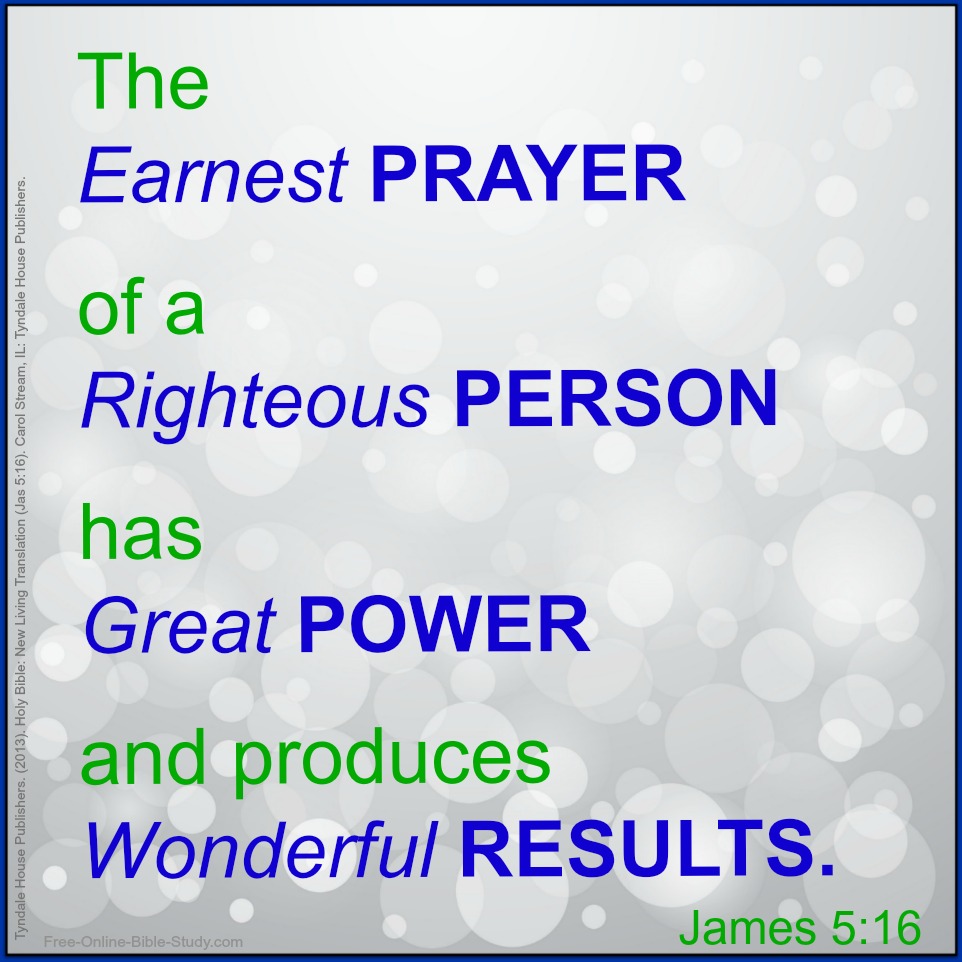 1. In verse five of James Chapter 5, James declares the rich have lived in luxury or pleasure on the earth, that they have been wanton or self-indulgent.  In verse six he goes on to say the rich have killed the just or innocent who were not opposing them.

Now in verses seven through eleven what is the advice given, to whom is it given, who was offered as an example, and why is this advice given?

2. How does the advice of verse 9 fit in the context of the chapter?

1. James says in verse twelve of James Chapter 5 that above all things that the brethren should not swear either by heaven or by earth or anything else or they will be condemned. Does a reading of Matthew 5:33-37 help us understand why we should not swear by heaven or earth? Does this include the use of profanity?

Do the lessons from the Sermon on the Mount in the Gospel of Matthew Chapters 5, 6 and 7 also occur in the Book of James Chapter 5?

Can you cite the verses?

Click Here to Compare Your Answers for James Chapter 5