In Chapter 5, verse 36, Jesus says the works that He did testified that the Father sent Him.  In fact, just before Jesus did perhaps His greatest work, He prayed that it would signify that He came from God the Father.

Just before Jesus called Lazarus and raised him from the dead, He prayed out loud to the God the Father.  Here is the Holman Christian Standard Bible translation of John 11:41-44:

Then Jesus raised His eyes and said, “Father, I thank You that You heard Me.  I know that You always hear Me, but because of the crowd standing here I said this, so they may believe You sent  Me.”

After He said this, He shouted with a loud voice, “Lazarus, come out!”  The dead man came out bound hand and foot with linen strips and with his face wrapped in a cloth.  Jesus said to them, “Loose him and let him go.”

In His famous prayer recorded in the seventeenth Gospel of John, Jesus mentions that He was sent by God five times.  As Jesus is praying to God the Father, He expressed the following truths about the fact that God sent Him:

God Sent Jesus Christ as Declared in the Gospel of John

There are 39 different verses in the Gospel of John where Jesus Himself declares that he was sent by God.  He says it over and over again because it was important for the Jews to know that He was the One they had been waiting for.

There are sixteen different ways that Jesus describes the Father - the Sender - in the Holman Christian Standard Bible translation.  Sometimes it's as simple as "You" as when Jesus is praying to the Father, or "He", or "Him" when He's speaking of His Father.

But notice that Jesus also says "the Father Himself" to emphasize to the Jews who had sent Him.  Below provides a breakdown of all occurrances. 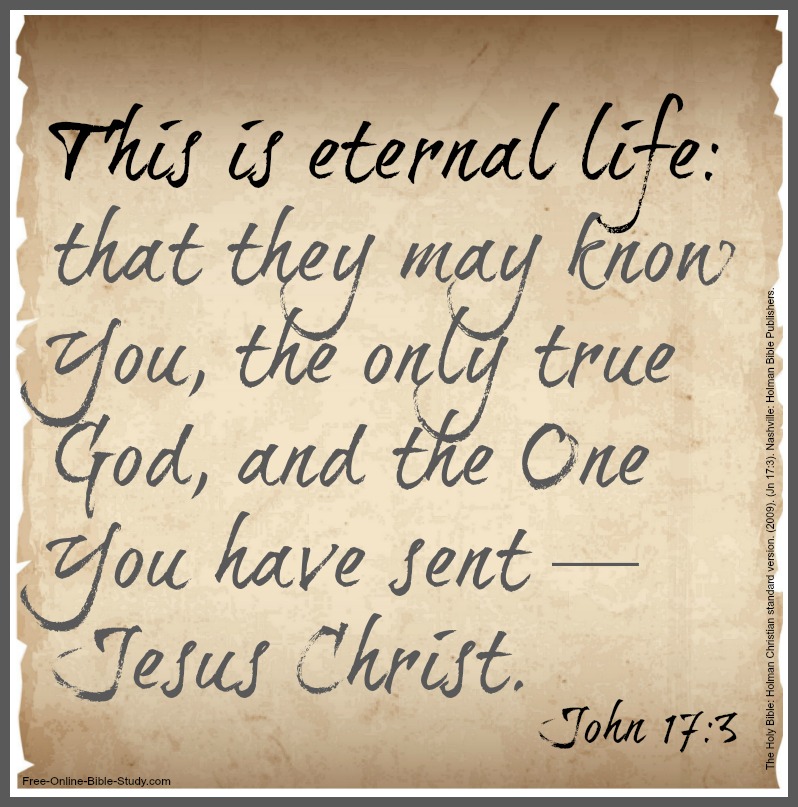 Ten times Jesus refers to God as "Him who sent Me"

Four times Jesus refers to "the Father who sent Me"

Twice Jesus refers to God and says "He sent Me"

Twice Jesus refers to Himself as "the one He (God) sent"

Twice Jesus declares that "the Father has sent Me"

Nine other times Jesus declares the Father sent Him

We pray that this Bible study lesson helps you see that Jesus emphasized that God the Father sent Him.