In the Book of Proverbs Chapter 18, verses 10 and 11, we explore the idea of mankind’s security.  Here the Proverb writer contrasts two ideas of safety; one is wise and the other is folly.

10  The name of the Lord is a strong tower: the righteous runneth into it, and is safe.

11  The rich man’s wealth is his strong city, and as an high wall in his own conceit.

The Wisdom of Running to the Tower of God

The first thing we need to learn from this passage of Scripture is the truth about God in Proverbs Chapter 18, verse 10.  There we read that the name of the Lord is a strong tower.

A man in the day of the Proverb writer would have easily understood that a tower could provide safety.  Tower building was a central issue in Old Testament city planning.  In defending a city soldiers could use the advantage of a tower’s height to deliver arrows and other projectiles on the attacking enemy forces.  However, physical towers built by men were often defeated by another type of tower built by the attacking enemy – the siege tower.

Perhaps the most famous failure of a tower was the tower of Babel.  Interestingly enough this is where we find the first occurrence of the word tower in the Bible.  In Genesis chapter eleven we learn that the descendants of Noah said:

“Come, let us build ourselves a city and a tower with its top in the heavens, and let us make a name for ourselves . . .”

How wrong they were in attempting to make a name for themselves by building a tower.  They already had the name of Yahweh as their strong tower per this truth in Proverbs Chapter 18, verse 10.

The tower is the metaphor of the righteous man’s security found in name of Lord.  The name of the Lord functions as a character description and signifies the sublime nature and character of God who stands behind the Book of Proverbs, and provides for and protects the righteous.

Those that recognize the Lord as their security are those (who when under attack by the enemy) run to His tower, His security, and His fortress.  They are the righteous and the Lord Almighty protects them.

King David, likely the father of the Proverb writer, understood this and describes God as a strong tower against the enemy and as a place where he could find refuge.  We need to understand this also – God will protect us from Satan’s attacks, if we run to Him for refuge.

The Disillusion of Digging Your Own Grave

The second thing we need to learn is that it’s foolish for us to imagine that our wealth provides us any form of security.  Proverbs Chapter 18, Verse 11 demonstrates the futility of relying on our wealth to secure us.

The Proverb writer contrasts the wisdom of running to the tower of God as seen in verse 10 with the folly of a rich man in verse 11.  The rich man believes his wealth is a strong city implying a city with strong towers to protect him.  He imagines his wealth provides him a high wall behind which he and his wealth will be secure.

This picture of false security is similar to the plight of the French millionaire miser, M. Foscue.  In order to hide his treasure securely, he dug a cave in his wine cellar, so large and deep that he could go down only with a ladder.  At the entrance was a door with a spring lock, which would automatically shut itself.  After some time, he disappeared.  Search was made for him but to no avail.  At last, his house was sold. 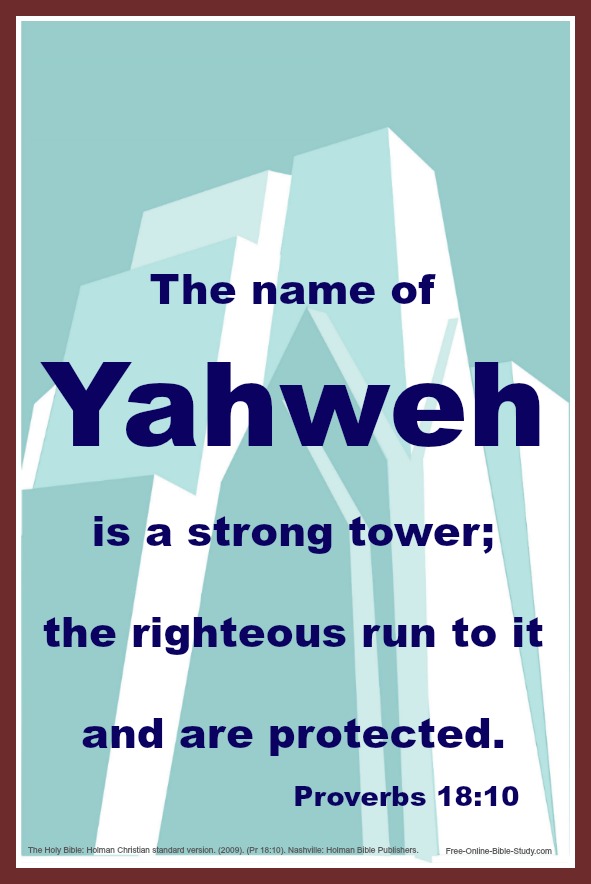 The purchaser of the house began to rebuild it and discovered a door in this cellar, and, descending, found him lying dead on the floor, with a candlestick nearby.  His vast wealth amassed and hidden was with him.  He had apparently gone into the cave, and the door accidentally closed, shutting him in.  He died for lack of food.  He had eaten the candle and gnawed the flesh off both his arms.  Thus died this avaricious wretch in the midst of the treasure, which he had accumulated.

The key to Proverbs Chapter 18, verse 11 is the last two words – his imagination.  The rich fool has misplaced his trust in what he can do and what he can accomplish.

This was the same problem that the descendants of Noah had in building the tower of Babel.  They relied on themselves, just as the miser millionaire did and both failed to accomplish their goals.  They failed not just because they were relying on themselves, but also because they were focused on benefitting themselves and had no regard for God who provided or allowed them to have their wealth.

Look back at verse ten.  It states that the righteous man understands this and when he sees trouble coming he doesn’t walk but he runs to the tower of God to find refuge.  In contrast, the wealthy fool digs his own grave like the foolish Frenchman.

So we’ve looked at two contrasting ideas of our safety.  God is the source of true security not man or his wealth.  Please understand the Lord is our source of security for all eternity – He always has been and He always will be.

I also want you to understand that just as the Lord provided a strong tower to the righteous of the Old Testament, He still provides refuge today to those who wish to be righteous and secure.  The Bible says:

“Everyone who believes in him will not be put to shame.  For there is no distinction between Jew and Greek; for the same Lord is Lord of all, bestowing his riches on all who call on him.  For everyone who calls on the name of the Lord will be saved.”

The Bible says that God will save you when you run to His tower, when you call on His name, and oh by the way; He bestows His riches upon you as well which is eternal life.

The way God does this is through a relationship with His son Jesus Christ.  Will you accept Jesus Christ as your Lord and Savior today?

In Addition to the References Listed on the Main Page, the Following References Were Also Used to Develop this Bible Study Lesson on Proverbs Chapter 18:

We pray this lesson from Proverbs Chapter 18 blessed you.